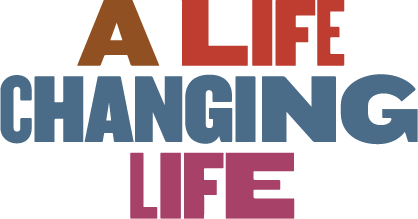 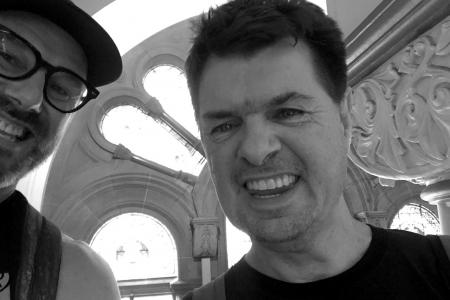 In 2019, Rodney was a man on a mission. His goal: get Colin – who he works with as a disability support worker – to Mardi Gras.

Rodney has been supporting Colin, who has a learning disability and is on the autism spectrum, for around three years now. Soon after they started spending time together, Colin shared his dream – to one day go to the Sydney Gay and Lesbian Mardi Gras.

Not one to let a dream go unrealised, Rodney got to work.

“It wasn’t as simple as it sounds,” says Rodney, speaking on preparing for the trip.

“A lot of people were telling me it was never going to happen. And it’s true – there was a lot to organise and quite a few challenges. Colin doesn’t like crowds, for example, and he doesn’t like some taxis,” says Rodney.

To make it happen, Rodney coordinated a bunch of people, all equally dedicated to making Colin’s dream come true. Other support workers as well as friends and families, including Colin’s aunt – who Rodney describes as ‘astounding’ – all banded together to make it work.

Jess, another support worker, also went to Mardi Gras with Rodney and Colin.

“It all went really well. We had a wonderful time at the airport, then we went in to the hotel and got everything set up. Then, the next day, it was time for the parade,” says Rodney.

“We actually got to march in the parade, in the very last float. We didn’t get home until 1am.”

Afterwards, Colin’s thoughts were clear: “I want to go again!”

For Rodney, these kinds of experiences are what make being a disability support worker special – a job unlike any other.

“It’s easy when you think about something like this to go, ‘oh it’s too hard’ – because we did have to put a lot of work in. But having the support of the other workers and Colin’s family really made it possible.”

Rodney has been a disability support worker for nearly four years, and wouldn’t change it for the world.

“I think if you’re someone who’s really passionate, who’s good with people and who wants to see the best in people, it’s a really fantastic, rewarding job,” he says.

If you are considering a career in support work, these are the kinds of stories you’ll get to tell. With a job in aged care, disability or veterans’ support, you will learn, grow and change lives.

There are job and career opportunities across Australia for people with diverse skills and backgrounds who want to make a difference for people with disability, older people and veterans. Read more stories about the care and support sector.